Judge Jules at the O2 Islington 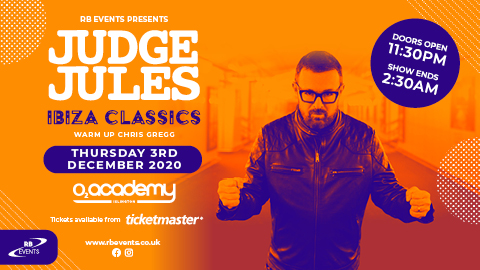 Master, innovator, creator, leader – one DJ that has been there, done that and done it all again. A career that has successfully spanned three decades, been littered with awards, accolades and praise from his peers, making it very easy to say why this judge won’t budge.

Tickets will be exclusively available from Ticketmaster from September 2020 subject to government guidelines - watch this space for details and book early to avoid disappointment.

This will be a full evening of entertainment with warm-up DJ Chris Gregg followed by one of the pioneers of dance music as he takes to the decks. 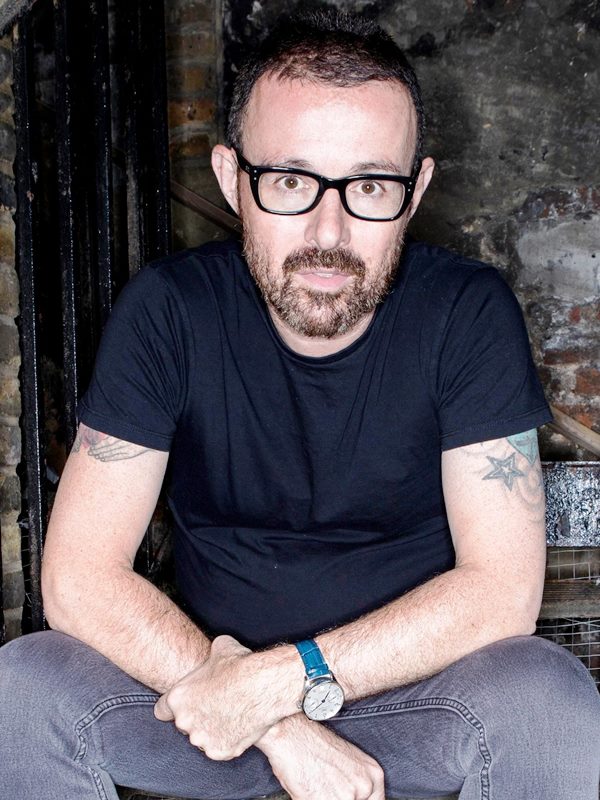 He’s one DJ that has been there, done it, and done it all again.

For almost three decades Judge Jules has led the way in the world of dance music. Since kicking off his career behind the decks in 1987, Judge Jules has ticked every box, as a DJ, producer, promoter, A&R, radio presenter, taste-maker and, more recently, a music specialist lawyer.

Widley recognised for influencing an entire generation with residencies on both Kiss FM and BBC Radio 1, Judge Jules was a pioneer of the club scene.  His passion and persona behind the decks coupled with crowd connection and unrivalled track selection has earned Judge Jules a hardcore fanbase and unforgettable sets week-in week-out at the world’s most iconic clubs and festivals.

In the studio, Judge Jules has released over 200 tracks, including 15 UK top 40 national charts hits, with countless more gracing the upper reaches of the dance charts. As a respected taste-maker, he’s also mixed now-legendary compilations for Ministry of Sound, Universal and Warner Bros, racking up over 3 million sales between them.

Earning his place amongst DJ legends, Judge Jules has received accolades such as #1 DJ (Mixmag), Best International DJ (Dancestar Awards), Best Radio DJ (Smirnoff’s Dancestars), and has consistently featured in the DJ Mag Top 100 poll, peaking at #3 in the world, alongside the industry’s greatest.

Phases come and go, genres are born and laid to rest in the blink of an eye, but one thing is for certain… The Judge won’t budge.