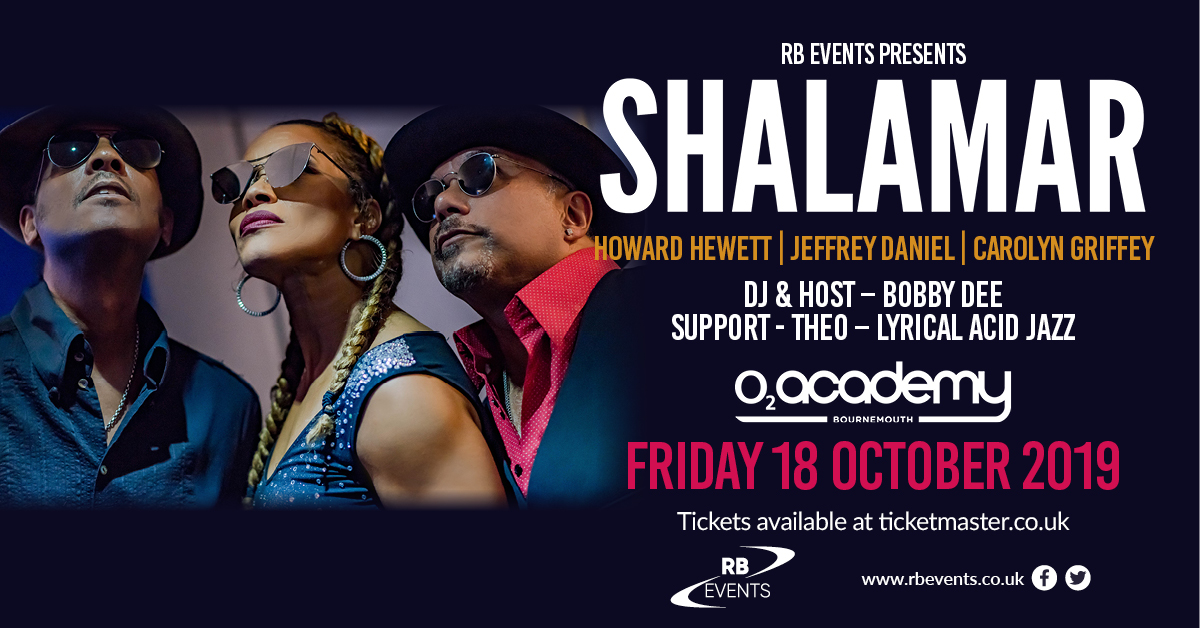 As Shalamar, Howard Hewett and Jeffrey Daniel sold over 25 million records worldwide and collected no less than 100 gold, silver and platinum awards. They always whip the crowd into a frenzy with classics such as "A Night To Remember", "I Can Make You Feel Good", "Friends", "Make That Move", "There It Is" and "I Owe You One". Howard and Jeffrey, together with Carolyn Griffey – the daughter of Solar Records founder Dick Griffey, bring an exciting blend of funk, disco and soul to every live show. One of the most powerful and energetic acts on the circuit today.

As noted in the British Hit Singles & Albums, Shalamar were regarded as fashion icons and trendsetters, and helped to introduce 'body-popping' to the United Kingdom. Jeffrey Daniel brought street dance to the UK – he is noted as the dance mentor for Michael Jackson and the man that taught him the moonwalk. Howard Hewett is a one of the most iconic US soul artistes of all time, releasing numerous solo albums and collaborating or performing with some of the greats including Stevie Wonder, George Duke, Earth, Wind and Fire, Teena Marie, Anita Baker, Dionne Warwick, Deniece Williams and El Debarge. He was recently voted by Soul Tracks as one of the top 10 greatest male soul singers of all time.

Shalamar will also perform classic songs such as “Take That To The Bank”, “The Second Time Around”, “Make That Move”, “I Owe You One”, “Dead Giveaway”, “Right In The Socket”, “Full Of Fire”, “Sweeter As The Days Go By”, “Over And Over” and “This Is For The Lover In You”.

With 25 million record sales under their belts, Howard and Jeffrey, along with the newest member Carolyn Griffey drive audiences crazy with a dynamic blend of funky feel good music.