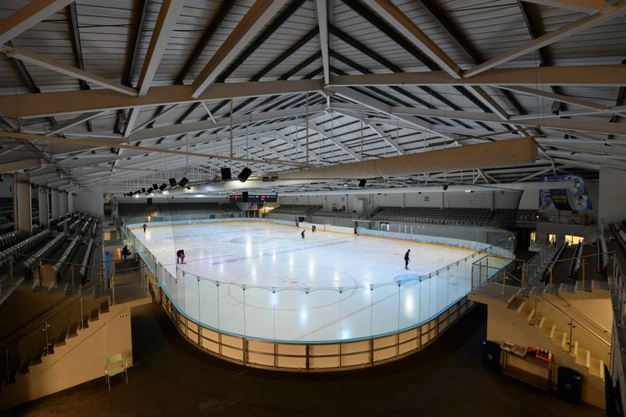 The venue originally opened as the Bladerunner Arena in 1990 and was used for ice hockey and a training base for Torvill and Dean ahead of their Olympic gold figure skating success. Following a closure in 1996, it reopened as Planet Ice in 1998 and underwent a multi-million pound refurbishment in 2013.

The ice rink is the ideal venue for music events with arena seating, space for numerous concessions including a brand new upstairs bar with panoramic windows looking out onto the ice, plus a VIP balcony and artist dressing rooms.

To complete the transformation, special boards were placed over the ice which insulated the rink, keeping the ice cold while the venue warmed to room temperature.  A full size stage was then be built across the far end of the arena and concert grade sound and lighting installed to create an awesome show.

Watch how Milton Keynes Arena at Planet Ice was transformed from an ice rink into a world class concert venue for the MK50 event.

How to find Milton Keynes Arena

Parking is available close to the venue in the public spaces around Argos and Morrisons.